It was during my last journey to look for ancient gardens around stone 'prasaat' ruins in Thailand that I became aware that the very basic sustenance of life in Thailand (and the world) is under serious threats. The core support of life (in my view) are:

= Home (Habitat or living space) - Thailand's countryside is changing rapidly; in particular loss of biodiversity, loss of forests by clearing (to grow corns to feed meat animals) and burning with smoke added to air pollution from cars; unpreparedness for emergency in events such as storms, floods, droughts, beach erosion and floods of rubbish (most from processed-food industry)

= Food (and Water and Air and other input to body) - there are several reports of poison (insecticide, herbicide) residues on vegetables, use of formalin (on fish and vegetables), sulphites and bitrites (on meat and prawns); there are also reports on plastic (rubbish) entering the oceans and sea food chains; one report on plastic particles harming freshwater live; water is contaminated; air polluted; CO2

= Safety - reports of storms, floods, droughts, heat waves, beach erosion (possibly all due to climate change) are common and increasing; emergency organizations seem ill-prepared to react to situations; often with reasons like poor equipment, difficult access to location, insufficient fund and training; increase in violent crimes (especailly attacks on women and children); less public trust of police and officials to protect lives and properties; safety from 'pollution' (including rubbish and chemicals) should be a 'national agenda' as much as safety from foreign invasion

= Relations (between people) - this is not discussed here

= Challenge (or Drive) - [because of culture of corruption, only a few people strive to achieve in innovation or business with hard work, most see corruption as quick-and-easy way to profit; most business and manufacturing run uphill against foreign investors and Thailand government offices.

It isn't hard to see that 'rubbish in our environment' is degrading the core support of life of everyone.

Coming away from the "core support of life", I saw "rubbish in environment" as a BIG problem for Thailand (and the world). Rubbish in environment erodes every core support of life. Back then everywhere I went I saw rubbish around mostly empty rubbish bins. I saw rubbish in rivers and ponds (even in one คลองประปา in Bangkok). I saw cigarette butts and plastic drink bottles decorating many grounds of 'prasaat' ruins and many national parks and famous wats. Local markets have improved but still considerable rubbish around.

With further study, I would now say, I don't like to live in the future --full of rubbish--.

We will have to leave other wastes and pollutants and reasons why it is hard to get rid of them to the next post -- I am out of puff ;-) 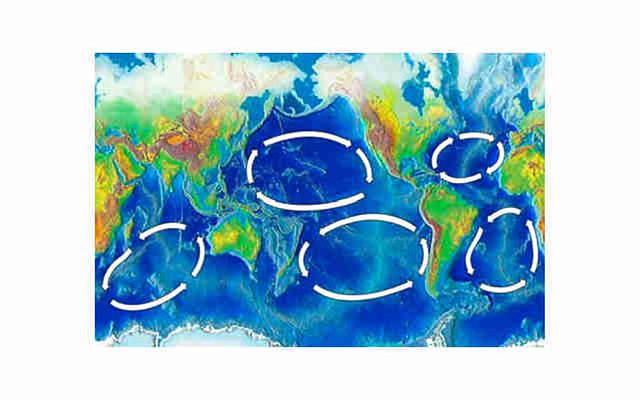 New Study Shows Plastic in Oceans Is on the Rise
news.nationalgeographic.com/.../150212-ocean-debris-plastic-garbage-p...
Feb 13, 2015 - A plastic bag floats in the sea off the Philippines. Ocean plastic has turned up literally everywhere. It has been found in the deep sea and buried ...

Plastic Pollution - Australian Marine Conservation Society
www.marineconservation.org.au/pages/plastic-pollut...
Plastic Pollution. Throughout the world's oceans lurks a silent killer. It will outlive us, outswim us, and threatens to undo us. The predator is plastic and it's floating ...

Plastic Pollution in Oceans | NRDC
www.nrdc.org › ... › Oceans Main Page › All Oceans Documents
The Basics. We're treating the oceans like a trash bin: around 80 percent of marine litter originates on land, and most of that is plastic. Plastic that pollutes our ...

https://en.wikipedia.org/wiki/Plastic_shopping_bag:
Traditional plastic bags are usually made from polyethylene, which consists of long chains of ethylene monomers. Ethylene is derived from natural gas and petroleum. The polyethylene used in most plastic shopping bags is either low-density (resin identification code 4) or, more often, high-density (resin identification code 2).[10] Color concentrates and other additives are often used to add tint to the plastic.

The trash vortex | Greenpeace International
www.greenpeace.org › ... › Oceans › Fit for the future › Pollution
Some plastics in the gyre will not break down in the lifetimes of the grandchildren of ... In the North Pacific is an area the size of Turkey of floating plastic rubbish.

Great Pacific Garbage Patch - National Geographic Education
education.nationalgeographic.com.au/.../great-pacific-garbage-patch/?ar...
The circular motion of the gyre draws debris into this stable center, where it becomes trapped. A plastic water bottle discarded off the coast of California, ... 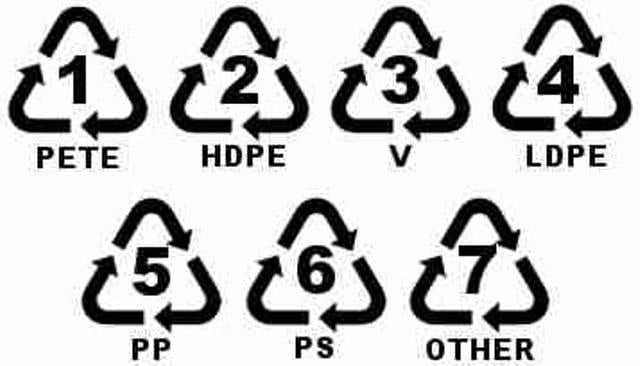 Some modern bags are made of vegetable-based bioplastics, which can decay organically and prevent a build-up of toxic plastic bags in landfills and the natural environment. Bags can also be made from degradable polyethylene film or from polylactic acid (PLA), a biodegradable polymer derived from lactic acid.[11] However, most degradable bags do not readily decompose in a sealed landfill,[12] and represent a possible contaminant to plastic recycling operations. In general, biodegradable plastic bags need to be kept separate from conventional plastic recycling systems.

https://en.wikipedia.org/wiki/Biodegradable_bag:
Most bags that are manufactured from plastic made from corn-based materials, like Polylactic acid (PLA). Biodegradable plastic bags require more plastic per bag, because the material is not as strong.[citation needed] Many bags are also made from paper, organic materials, or polycaprolactone.
<myNB. more PLA bags --> more corn growing and less forests --> more climate change>

https://en.wikipedia.org/?title=Corn_syrup:
Corn syrup is a food syrup which is made from the starch of maize (called corn in some countries) and contains varying amounts of maltose and higher oligosaccharides, depending on the grade. Corn syrup is used in foods to soften texture, add volume, prevent crystallization of sugar, and enhance flavor. Corn syrup is distinct from high-fructose corn syrup (HFCS), which is manufactured from corn syrup by converting a large proportion of its glucose into fructose using the enzyme D-xylose isomerase, thus producing a sweeter compound due to higher levels of fructose.
<myNB. HFCS used in most packaged food; blamed for diabetes and obesity in population>

"The public looks at biodegradable as something magical," even though the term is mostly meaningless, according to Ramani Narayan, a chemical engineer at Michigan State University in East Lansing, and science consultant to the Biodegradable Plastics Institute. "This is the most used and abused and misused word in our dictionary right now. Simply calling something biodegradable and not defining in what environment it is going to be biodegradable and in what time period it is going to degrade is very misleading and deceptive." In the Great Pacific garbage patch, biodegradable plastics break up into small pieces that can more easily enter the food chain by being consumed."

https://en.wikipedia.org/wiki/Polylactic_acid:
Polylactic acid or polylactide (PLA, Poly) is a biodegradable thermoplastic aliphatic polyester derived from renewable resources, such as corn starch (in the United States), tapioca roots, chips or starch (mostly in Asia), or sugarcane (in the rest of the world). In 2010, PLA had the second highest consumption volume of any bioplastic of the world.

Pure PLLA foams undergo selective hydrolysis when placed in an environment of Dulbecco’s modiﬁed Eagle's medium (DMEM) supplemented with fetal bovine serum (FBS) (a solution mimicking body fluid). After 30 days of submersion in DMEM+FBS, a PLLA scaffold lost about 20% of its weight.

...Over a few decades, humans have managed to dump tons upon tons of garbage into the ocean. Of the most devastating elements of this pollution is that plastics takes thousands of years to decay. As a result, fish and wildlife are becoming intoxicated. Consequently the toxins from the plastics have entered the food chain, threatening human health. In the most polluted places in the ocean, the mass of plastic exceeds the amount of plankton six times over. This is a large piece of evidence that leaves the problem of polluted oceans undeniable...

...Due to their hydrophobic nature, persistent organic chemicals—including polycyclic aromatic hydrocarbons (PAHs), polychlorinated biphenyls (PCBs), polybrominated diphenyl ethers (PBDEs), dioxins, and DDT have been shown to preferentially sorb to plastics when they encounter them in the ocean. Potentially thousands of such chemicals exist in the environment,35 but researchers are limited to screening for compounds they can actually identify...

List of Plastic Types and Their Link to Cancer:
PAH:
Polycyclic aromatic hydrocarbons and cancer in man.
www.ncbi.nlm.nih.gov › NCBI › Literature › PubMed Central (PMC)
by G Mastrangelo - ‎1996 - ‎Cited by 294 - ‎Related articles
Risks of lung and bladder cancer were dose dependent when PAHs were measured quantitatively and truly nonexposed groups were chosen for comparison.

PAHs - Agency for Toxic Substances and Disease Registry
www.atsdr.cdc.gov/csem/csem.asp?csem=13&po=11
What Health Effects Are Associated With PAH Exposure? Course: WB 1519 ... The most significant endpoint of PAH toxicity is cancer. PAHs generally have a low ...

PCB:
PCBs - Environmental Protection Agency
www.epa.gov/epawaste/hazard/tsd/pcbs/pubs/effects....
Jun 13, 2013 - PCBs have been demonstrated to cause a variety of adverse health effects. PCBs have been shown to cause cancer in animals. PCBs have ...

Polychlorinated biphenyl - Wikipedia, the free encyclopedia
https://en.wikipedia.org/?title=Polychlorinated_bi...
According to the U.S. Environmental Protection Agency (EPA), PCBs cause cancer in animals and are probable human carcinogens. Concerns about the toxicity ...

www.ncbi.nlm.nih.gov › NCBI › Literature › PubMed Central (PMC)
by Y Zhang - ‎2008 - ‎Cited by 37 - ‎Related articles
However, few studies have been conducted to test whether exposure to PBDEs and other PHAHs increases the risk of thyroid cancer. Here, we hypothesize that ...

Dioxins:
WHO | Dioxins and their effects on human health
www.who.int/mediacentre/factsheets/fs225/en/
Dioxins are highly toxic and can cause reproductive and developmental problems, damage the immune system, interfere with hormones and also cause cancer.

Dioxins - National Institute of Environmental Health Sciences
www.niehs.nih.gov/health/topics/agents/dioxins/
Studies have also shown that chemical workers who are exposed to high levels of dioxins have an increased risk of cancer. Other studies of highly exposed ...

Cancer Risk Lingers for Long-Banned DDT - WebMD
www.webmd.com/men/news/.../cancer-risk-lingers-for...
Apr 29, 2008 - Men exposed to the lingering remnants of the once widely used pesticide DDT have an increased risk for the most common form of testicular ...

DDT Linked to Fourfold Increase in Breast Cancer Risk
news.nationalgeographic.com/.../15616-breast-cancer-ddt-pesticide-envir...
3 days ago - The cause of most breast cancer is unknown, but a new study found that women exposed in the womb to the now banned pesticide DDT have a ...

The extent and rate of sorption can vary widely depending on the chemical, plastic type, and other variables, but plastic particles recovered from the ocean have been found to contain pollutant concentrations orders of magnitude higher than the water from which they were collected.

Marine organisms throughout the food chain commonly consume plastics of various sizes. The tiniest microplastics are small enough to be mistaken for food by zooplankton, allowing them to enter the food chain at very low trophic levels. Some larger predators are thought to confuse nurdles (which typically measure less than 5 mm in diameter) with fish eggs or other food sources...

Congratukations! You have made it to the end of this post. You are tired, yes? I am too.

Full of bad news, yes? Don't worry. Be happy. Just put that piece of rubbish in a bin and you are saved! Promise! 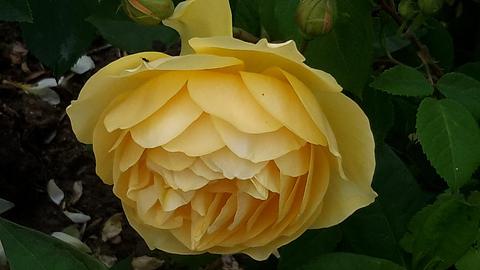 Thank you ยายธี: I don't really know -an upside down rose... friendship down-under? ;-) 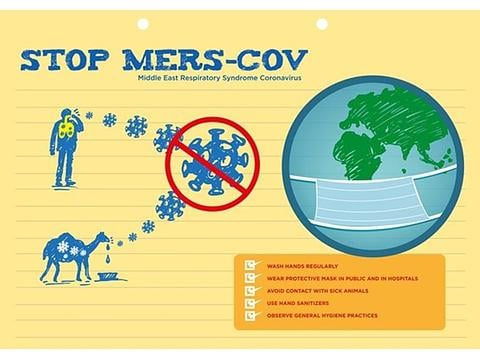 Thanks Dr. Ple: for reading. One case of MERS sent Thais up over the roof. But soon enough Thais will be flooded by rubbish -- sky high.

Hi nui: I know it is a problem for me (choosing words, spelling, and typing in Thai). And a problem for many when I use English. I continue using English (but I am trying out an Android phone solution at the moment ;-) in hope that some ideas get rewritten in Thai. I have not put any copyright bar on any of my writing. You can do anything you like with it.

Thank you GD: I think we are waiting to see the message gets spread to general public - those who we can't reach via Internet. We can try to add more vectors... ;-)