We all know about One Tablet Per Child (OTPC) project to accelerate learning of primary school children with computing devices. OTPC was abandoned half way through distribution process before acquisition process was completed. A number of supporting projects were left dangling unfinished. There was no official enquiry or review to asceertain the cause of failure and to quantify the loss of investment. 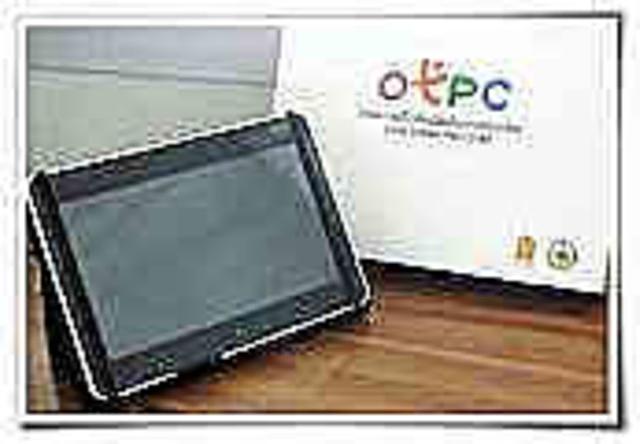 What happened to OTPC tablets now? Some 86,000 (of 1.6 millions estimated) tablets had been distributed to primary students in some schools. (I do not have detail of the distribution) Are these tablets still being used? By whom and how? (OTPC tablets are to be allocated to students for 3 years then to be returned.) If they are not being gainfully used now or when they are returned in about 1 year time, what then can we use them for? Eventhough they are not very powerful nor capable by todays standard, they have computation power and communication abilities useful for adding values to learning, wellbeing and empowering communities. If we can find ways to use 86,000 computers!

Updating hardware in tablets is quite difficult and not cost effective. However apps can be selected and/or developed to optimize performance at the hardware level.

With the general knowledge of OTPC, we now set forth to find ways to make more gainfully use of 86,000 tablets. Afterall they are bought with our tax money. They are people's national resource. They should not be wasted despite their colourful acquisition. We will concern ourselves with using this resource to further our national and community goals.

I have some small projects in mind. They are outlined below. But I want to hear from you -- who are more in touch with the current needs and urgency of services to the public. It is a national duty to serve people. Whe we use under-used resources to serve people we them in more than one.

It is not a folly to think of ways and things we can do with 86,000 tablets. Your ideas may be realized with some help from others from all walks of life: experts, retirees, professionals and amateaurs. We don't know where we can go from here, but I do know the journey can change our lives for the better.

1) Public information media tool: - tablets can be allocated to community libraries for public use such as ebook readers, email, Internet and other social activities. Tablets can be used in classes for elderly to adopt modern technologies for their quality of life.

2) Ad hoc network for emergency: - tablets can be connected into a network via Wifi and specific apps. The network is used for communication in areas of and surrounding emergency situation. Information, warnings and safety directives can be broadcast to impacted people via nearby tablets.

Though, commercial networks can be constrained to work in localized areas, willingness and initiation for emergency network are less likely to be promptly responsive. Localization of warnings and directives to only the impacted areas can be difficult for networks configured for nationwide services. Ad hoc networks however can be started on demand and constrained by strength of Wifi devices. Localization is simpler to achieve.

Certain 'census' (demographic, medical, employment,...) data on ad hoc or continuous bases; data for local water levels, uncollected wastes, pollutants, fires, traffic, sightings of species, and so on can be collected with the help of tablet holders and data collection apps.

e-forms and many government services may be delivered through apps on tablets provided that privacy and security concerns are properly addressed.

Other research projects such as tablets supercomputing network, software agents network, and artificial intelligence network may be experimented with tablets. With 86,000 tablets to experiment with and test hypotheses, many advanced and innovative technologies may emerge.

A national call for projects using these tablets may be a good stimulus for advancing research and development in education and home-grown industries.

High GD: I think there are schools and children who have good use out of these OTPC tablets. But I would guess (from news I read) that most are ungainfully used and these tablets are what I see as under-used national resources. We should use them to advance our society.

Thanks ธวัชชัย: for the info. We know we have problems and we are not going to solve any problems by just talking about it. But by talking about problems we build up currents and flows that 'problem solvers' can surf and perhaps come up with better ways.

I would love to see a students' massive-parallel-tablet supercomputer project or two at PSU. Wouldn't you?

With the general knowledge of OTPC, we now set forth to find ways to make more gainfully use of 86,000 tablets. Afterall they are bought with our tax money...

Yes thanks, ธวัชชัย: when we start sometimes everything seems impossible. But more things becomes real as we go forth. Use your force... Jedi ;-)

Thank you for your advice GD : This is bureacracy not building a nation. Nations get held back by bureaucracy because everyone is defending their 'stable' positions they don't want change even when change is for the better. In anycase, before we get down to these matters, as you said "...เพียงแต่ขาดแนวคิด...", let us have ideas for using these tablets (our national resource) gainfully. Examples of projects I listed are very much possible examples --not quite befitting Thailand's situation--.

By the way, these tablets had been allocated to students on 3 years loan basis. First lot of tablets were allocated in 2555, so it is now time to hear about what is going to happen to these tablets --NEXT--. I think we should ask questions and get "reasonable answers". We should not let our national resources go to waste and to have no one answer for them ;-)

On one extreme end, we have this resource:

Yes GD: It is very likely "...ที่จะมีความเงียบเป็นคำตอบ...". I had asked government authorities and had no replies before. I had written to newspapers and not getting responses. It is hard to get people's attention to matters outside their comfort zone. Bu if no one tried, and tried again...

Will someone who read this talk to friends and ... till it reaches someone BIG in MoE?

(It makes me wonder what are MoE public servants doing to advance Thailand.)