We know Thai as a language is not one single unified langauge. But a collection of languages from cultures of influence and from ethnic groups and localities. From a simple survey of the Royal Society Thai Dictionary 2554 edition we note:

- 8934 words from Pali and Sanskrit (words described with ป. and/or ส.; by influence of Hinduism and both Mahayana and Theravadi Buddhism) 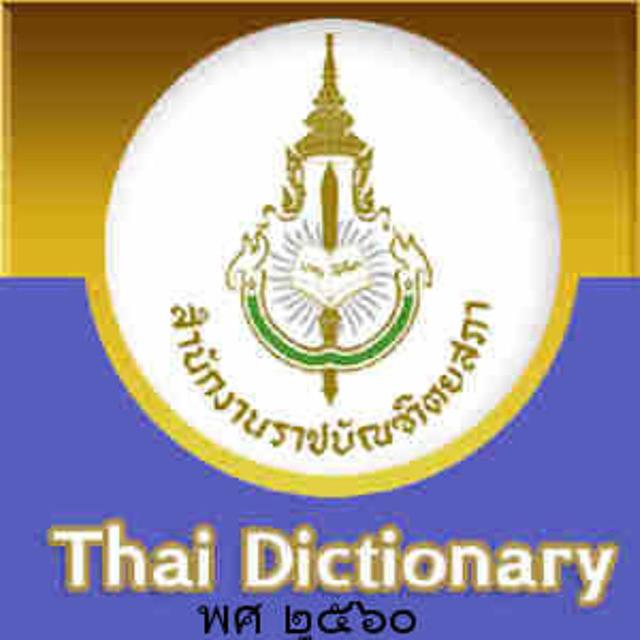 This brings up an issue of definition of Thai language. The question is
'Why many more words used in local Thai languages are not included in the Royal Society Thai Dictionary?'

These words are spoken by Thais - the Thai people of the Kingdom of Thailand. Millions of Thais still use these words in everyday life. Local Thai languages are part of cultures and heritage of Thai society as a Kingdom. Integration of loacal Thai languages can prove more beneficial than exclusion which can be seen as alienation of Thai people within the Kingdom. Unity and Solidarity of the Kingdom of Thailand is needed more now than ever before. Inclusion of all words from Thai local languages in RSTD can raise the flag and lead the re-consolidation process.

Official recognition of Thai peoples and importance of their cultural and social-anthropologic contribution to the Kingdom will lead to further understanding among Thais by inclusion of these Thai languages into RSTD.

The survey of RSTD shows that 90 words described with ALL ถิ่น–* (is much less than words from other languages; though not an accurate or authoritative figure) and represents unproportionally the 'official' preference for Thai languages. There is no reason for this preference. The situation must therefore be corrected.

<p “=””>
I am sure that if the Royal Society called for public helps in a campaign to include local Thai words in RSTD. The public would respond quickly and overwhelmingly. A revision of RSTD would also become a major reference for language study.
</p>

(1) The counts of words on the RSTD databases have been obtained using a general sql construct "select count(...) from .table. where .definition. LIKE "%xyz-%";

(2) Many Thai local language words are defined with the keyword "ถิ่น-" and therefore are not counted by the above sql query. Similarly, many words of foreign origin not defined with appropriate source keys are counted. The counts presented in this article serve as numbers for comparison - not accurate proof.

We know that! Let us try together to change the situation.