Future of Decentralization in Southeast Asia

Many states have their own history and needed to be centralized. In Thailand, during 1900s, King Rama V reformed a traditional feudal style kingdom into the modern bureaucratic kingdom in order to cope with colonization threat from the British and French Empire. But later, this bureaucratic power has their own interest and try to survive on their own, without recognition for their initial duty of public interest. Fred W Riggs suggested that in developing countries, although not anymore a traditional feudal state, but the reforming will not be fully succeeded. It will be stuck in the middle between the traditional and the modern society called “Prismatic” society. Prismatic society such as Thailand, although a clearly written of law will apply thing such “double standard” on their own people. Thus with modern “governance” reform in the “Prismatic” society will generate a hybrid and different kind of such reform from an original “governance”.

As more and more criticism for old style hierarchical bureaucracy such as inflexible, inefficiency, costly,and corrupt, many thinkers have been riding on bureaucratic reform, and come up with varioussuggestions. We can roughly categorize reforming style into two types; New Public Management (NPM),and New Public Service (NPS).The first camp believes in economic model and modern managementknowledge thus this reforming style will engage public sector reforming with, for example outsourcing,performance benchmarking, and contracting scheme. While, the second camp although without strongreforming suggestion but their criticism on NPM especially on citizen empowerment spirit tend tosupport for term such as a consensus, collaboration and community. However, these two campsunintentionally agree with decentralization proposal but with different approach.

“Decentralization” becomes one of a popular buzzword among muddle and chaotic reform package orrecommendation. UN paper suggested that not only decentralization play role on power play betweencenter and the periphery, but also reduce poverty via economic growth and distribution.Decentralization will allow communities to make decision that shape their own future, and empoweringthem in the allocation of resources while equipped an accountable of those execute decisions on theirbehalf. Furthermore, decentralization will make government more efficiency which mean being betterresponse and serve for its own citizen.

Theoretically, centralized state will face problem on “Hamilton’s Paradox”, which local people, especiallyin rural area will depend their lives on central budget more than local effort. Normally, political partieswill provide only universal public policy which cannot resolve different mixed problems such aseducation, healthcare ,social and economic disparities . Thus, people in local area who cannot achieve aproper public service will ask local baron (most of them will be a local politician) to compete for centralbudget allocation. This reality will finally corrode citizenship and flourish more on corruption and cronycapitalism, especially for the poor.

Some region with strong political ideology or religious belief will try to assemble themselves in order toestablish their own self-sufficiency economic and local public service. If, in case of unjust behavior fromdifferent ethnic and belief in ideology and religion from central authorities plus a perception with radicalideology will be an emerging of a conflict, an insurgency or even a separatist movement such as inSouthern Thailand and Southern Philippines.

Contemporary governance and decentralization have been evolved from the original concepts. Forexample, after the 1997 Asian Financial crisis, with a restricted solution proposed by the World Bank andthe International Monetary Fund (IMF), Thai intellectuals then modified “Governance” in a sense of apublic sector reform into “Thammarat” (a just state) and “Thammapiban” (a governing justly) whichmostly focusing only on a battle with corruption and clean and fair politics. However, decentralization inThailand has been still silently push behind the scene by an unintended demand from various politicalplayers such as top business elites who need to ease on general regulation and a certainty public policyin order to engage on public service or concessionaire system, NGOs and technocrat who want to exercise their knowledge on public reform to resolve inequality problem, and local community (withstrong ideology) which want to run their own self-governance.

Many states have their own history and needed to be centralized. In Thailand, during 1900s, King RamaV reformed a traditional feudal style kingdom into the modern bureaucratic kingdom in order to copewith colonization threat from the British and French Empire. But later, this bureaucratic power has their owninterest and try to survive on their own, without recognition for their initial duty of public interest. FredW Riggs suggested that in developing countries, although not anymore a traditional feudal state, but thereforming will not be fully succeeded. It will be stuck in the middle between the traditional and the modernsociety called “Prismatic” society. Prismatic society such as Thailand, although a clearly written of lawwill apply thing such “double standard” on their own people. Thus with modern “governance” reform inthe “Prismatic” society will generate a hybrid and different kind of such reform from an original“governance”.

Public officers will then try to create patronage with local barons in order to access and exchanging theirpeople and resources allocation (in a central and local interest manner). Most informal lobby stage toencourage such patronage relationship will take place on “special” high level in cross-cutting sectorsacademic courses which copied from an original training for both senior military officers and civilianscourse, “Wor Por Oor”, from the National Defence College of Thailand. The decentralization in this kindof Prismatic society will thus never be really happened. It will let the decentralization be announced butwill never seriously engaged. Once, there is a serious decentralization effort, they will resist suchattempt by claiming to preserve a national sovereignty and attacking such decentralization effort aseither a separatist movement or a dangerous foreign idea.

According to the above notions, we may have three future scenarios with special reference to thedecentralization in Southeast Asia, including 1) An Emergence of Southeast Asian Keiretsu-stylegovernance, 2) A blossom of insurgency and separatist movement and, 3) A dynamic balance betweenthe local and central “governance” 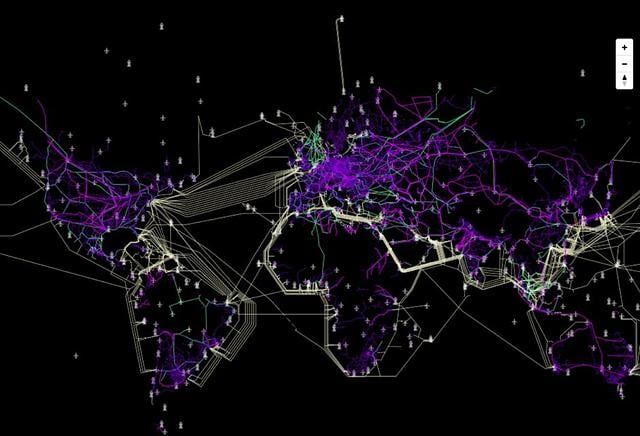 (I) An Emergence of Southeast Asian Keiretsu-Style governance

Force of techno-globalization will stimulate a pace of a social transformation fromPrismatic one into amodern society. Decentralization will be inevitably adopted in. There will be some resistant from an oldestablishment, but most of an existing bureaucrat mechanism will switch side and join force with eitherbusiness elites or technocrat and NGOs. Thus finally outcome will depend on who will be the majorpolitical power in the society. Although, some business elite will aim for model such as SingaporePeople’s Action Party (PAP) which has been the city-state's ruling political party since 1959. But in amore diverse society like Thailand and the Philippines, this kind of socio-political model will seldomhappen. A more practical model such as Japan’s Keiretsu style (an alliance between business mogul andtechnocrat), that lead the country to compete in global economic is likely.

(II) A blossom of insurgency and separatist movement

However, if state cannot handle a conflict between centralized need and local autonomous demandproperly, a violence will be enlarge and thus a blossom of insurgency and separatist movement. OECDpaper suggested that unstable countries such as countries on civil wars or ethnic conflicts will face morebad experience than stable countries. More internal conflict will affect to people’s daily life and finallywill affect to the quality of life and poverty.

(III) A dynamic balance between the local and central “governance”

A prefer and ideal scenario would be an efficiency central government together with various form oflocal governments. There will definitely be a bargaining of power and resource distribution between the

central and local government through negotiation and dialogue, thus a dynamic balance between thetwo. This kind of governance will finally empower citizenship and creating more efficiency , which meansbetter chance on reducing poverty and improving on quality of life of its citizen.