I think Google "Moonshot" has been built on the concept of "Ubiquitous Network", "Brain", and "Avatar"

Google Brain—an internal codename, not anything official—started back in 2011, when Stanford’s Andrew Ng joined Google X, the company’s “moonshot” laboratory group, to experiment with deep learning. About a year later, Google had reduced Android’s voice recognition error rate by an astounding 25 percent. Soon the company began snatching up every deep learning expert it could find. Last year, Google hired Geoff Hinton, one of the world’s foremost deep-learning experts. And then in January, the company shelled out $400 million for DeepMind, a secretive deep learning company.

At Baidu, as before, Ng is trying to help computers identify audio and images with incredible accuracy, in realtime. (On Tuesday, Baidu announced it had achieved the world's best results on a key artificial intelligence benchmark related to image identification, besting Google and Microsoft.) Ng believes speech recognition with 99 percent accuracy will spur revolutionary changes to how humans interact with computers, and how operating systems are designed. Simultaneously, he must help Baidu work well for the millions of search users who are brand new to digital life. "You get queries [in China] that you just wouldn’t get in the United States," Ng explained. "For example, we get queries like, 'Hi Baidu, how are you? I ate noodles at a corner store last week and they were delicious. Do you think they’re on sale this weekend?' That’s the query." Ng added: "I think we make a good attempt at answering."

This is Ubiquitous Network 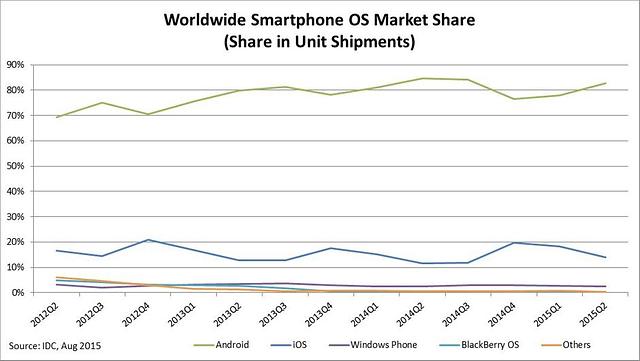 And here is Avatar concept (actually, it's any "dumb terminal" or Android. It's quite contrast from Apple's concept)

I tend to think about Apple's robot like this

Putting everything all together 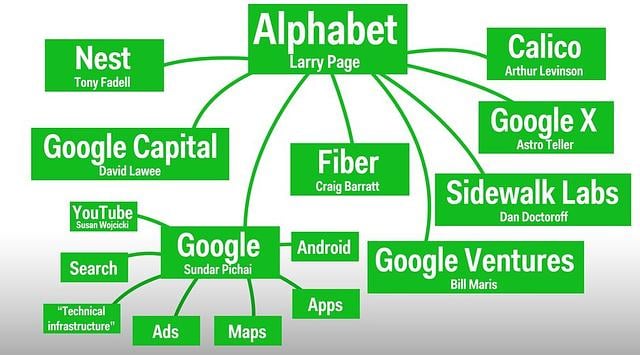 Google's moonshots and other non-Internet-related businesses could be losing up to $4 billion a year and risk having a negative value when they are spun out into separate businesses under the Alphabet holding company, according to a new note to investors by Bank of America Merrill Lynch.

Google has announced a massive organisational overhaul: The search giant will now be controlled by Alphabet, a newly created parent company.