Bangkok, 15 October 2015 - Thailand's premium accommodation brand, Grande Centre Point Hotels, aims at offering guests staying at each of its three Bangkok properties the opportunity to enjoy a true taste of Thailand through unique designs that reflect different aspects of the kingdom's rich cultural and natural wonders.

Mrs Suwanna Buddhaprasart, Director and Senior Executive Vice President of L&H Hotel Management, said: "Bangkok is a modern city and we offer international levels of service and luxury. But as a company, we want to celebrate and share elements of Thainess, the pride of Thailand. With the help of Interior Visions, we've created three city-centre sanctuaries that showcase elements of Thailand's culture alongside the friendly hospitality of our staff."

Mr Thanawat Sukhuggananda, Managing Director of Interior Visions, said: "With its long history, beautiful landscapes and rich Buddhist culture, Thailand has an amazing heritage and we wanted to present this via subtle touches in our design schemes. We approached each hotel differently to showcase distinct elements of Thainess, while creating spaces where guests could feel at home." 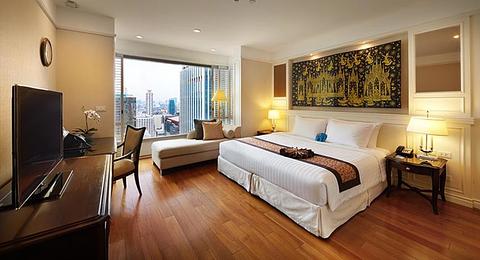 Grand Deluxe Room at Grande Centre Point Hotel RatchadamriThe 526-room Ratchadamri property takes its inspiration from not only from Thai art but also Buddhist and Hindu cosmology, particularly Mount Meru traditionally the dwelling place of the god Indra, Lord of the Heavens. The lobby boasts artworks in the classical Thai style showing celestial beings playing instruments as well as bells and lotus flowers. To evoke godly splendour, much use is made of gold, which has been incorporated into furnishings and décor. Wood and marble are also used throughout the hotel and all rooms have a piece of art above the beds depicting scenes from Thai mythology picked out in gold. The art and décor in Grande Centre Point Hotel Ratchadamri creates a heavenly feel and sense of classical Thainess in a welcoming space. 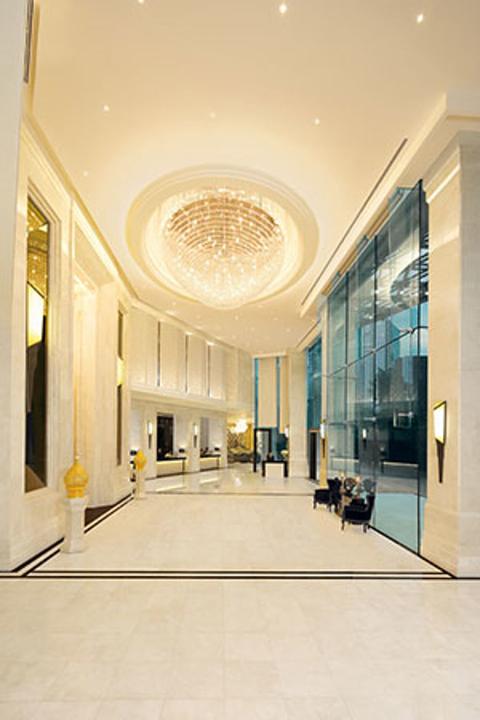 Lobby at Grande Centre Point Terminal 21The design at the 498-room Grande Centre Point Hotel Terminal 21 takes its influence from Thai flowers and blossoms such as Lotus, Cork Trees and Gardenia - the building itself evokes a Thai flower known as White Cheesewood. Gold, white and blue, the colours of Thailand's best-known flowers, dominate the hotel. In the lobby there are locally-made chandeliers which resemble flower pollen and the artwork above each bed in the hotel depicts a pure lotus. The hotel feels distinctly modern, light-filled and airy with elements of the Thai countryside to impart natural charm. 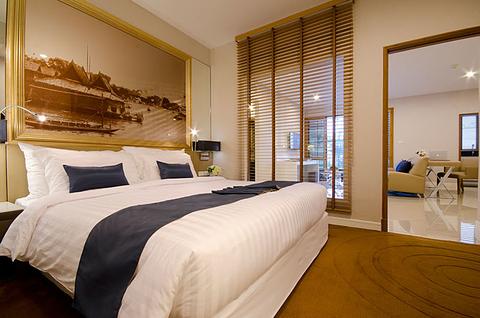 Three Bed Room Suite at Grande Centre Point Ploenchit Bangkok's water-based past is celebrated in the 277-room Grande Centre Point Ploenchit. This comes together in the impressive lobby area which boasts water-features, wavelike sculptures and images of Thailand's rivers. Gold glass, granite marble and polished wood are used throughout the property and each room features a large picture of Bangkok's mighty Chao Phraya River as it was over 100 years ago, when most Bangkok dwellers lived on boats. The effect of all this is a homely space with a touch of yesteryear.