Political patronage and the political money in Malaysia

Political patronage, sophisticated but unproductive corporate maneuvers, and the rise in market value of quoted stock have contributed to the emergence of a politically well-connected 'new rich', most of whom are Malays. The emergence of this new rich has led to a concentration of corporate wealth, while selective distribution of state concessions has resulted in corruption, business scandals and conflict-of-interest involving senior government leaders.

(1) Today Citizens for Accountable Governance in Malaysia (CAGM) has released its statement regarding money politics in Malaysia. This is not new. It has been talked in various political economy textbook [read below (2) and (3)]

But its president, Md Zainal Abidin has said more than that on The Rakyat Post that [the tycoon allegedly owed his success to Dr Mahathir, but as both allegedly hurried to kick Najib out of his top leadership post, had apparently exposed a “strictly confidential and integral link that has played a pivotal role that helps Umno and BN remain in power”.

“Ambank has disbursed loans amounting to more than RM250 million to companies linked to Mirzan and Mokhzani Mahathir,” Md Zainal further claimed, referring to the sons of the former Prime Minister.]

In a statement issued today, he claimed that the funds were channelled to Umno, MCA, MIC and Gerakan, among many other parties, as well as NGOs.

“An average of RM30 million to RM50 million were allocated to each component party while the others received anything between RM1 million and RM8 million each,” the statement alleged. 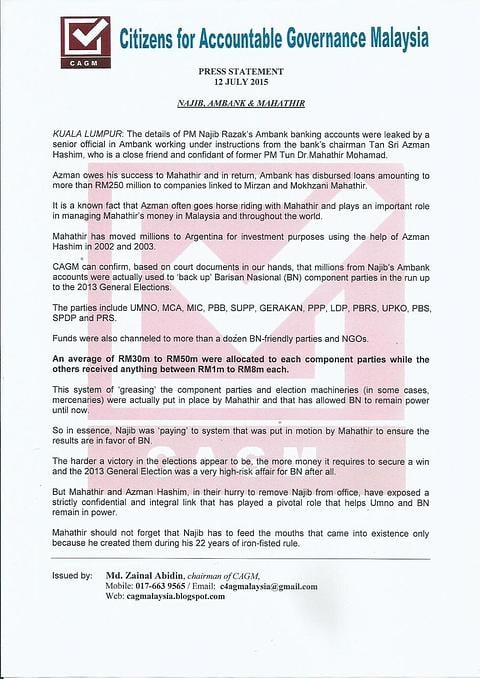 update (15/7/2015): MalaysiaKini has reported that CAGM has just experimented the problem of social media by publishing "fake" report. (I don't like this idea.) Luckily, we save the press statement before the post had been deleted.

The SD claimed an AmBank banker was sacked for trying to report to Bank Negara about large amount of transactions involving an account purportedly owned by the prime minister.

"CAGM was just an experiment in social media in Malaysia. CAGM grew only because we were supported by editors who refused to check the facts but thrived on reporting sensational news," it said in a blog posting.

It also claimed that CAGM chairperson Md Zainal Abidin did not exist.

(2) If Capital Accumulation in Thailand 1855-1985 by Akira Suehiro (http://www.silkwormbooks.com/…/capital-accumulat…/index.html) is the must reading book on Thai Political Economy, I think Terence Gomez's Chinese Business in Malaysia: Accumulation, Accommodation and Ascendance (Chinese Worlds) is a comparable book in M'sian Political Economy.

Studying on cultural politics without political economy is not enough to understand the the social dynamics, IMHO. 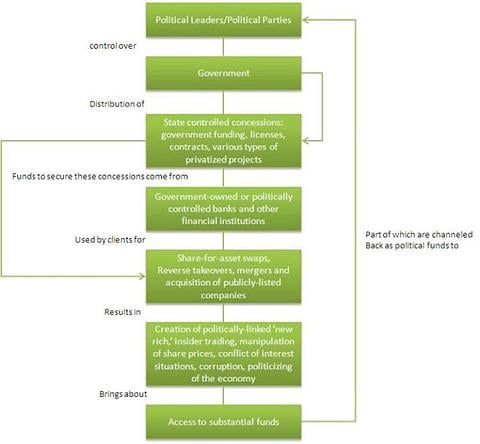 (3) Political patronage, sophisticated but unproductive corporate maneuvers, and the rise in market value of quoted stock have contributed to the emergence of a politically well-connected 'new rich', most of whom are Malays. The emergence of this new rich has led to a concentration of corporate wealth, while selective distribution of state concessions has resulted in corruption, business scandals and conflict-of-interest involving senior government leaders. 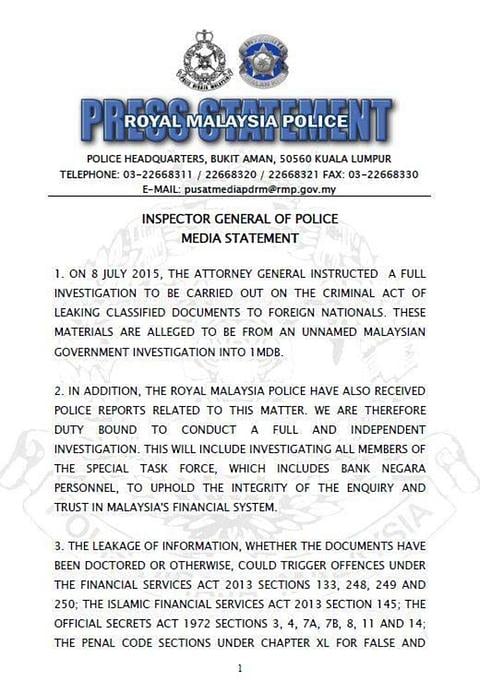 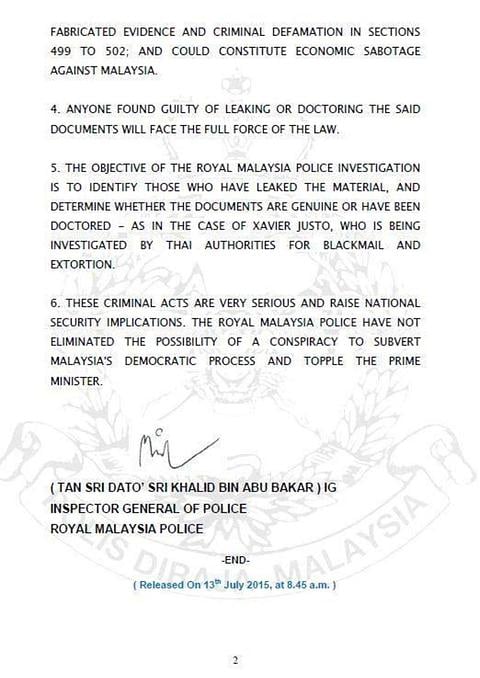 (5) Yesterday there was an unrest at Low Yat Plaza and the Johor Crown prince stepped down from Johor FA.

(6) 12/07/2015 : Bank Negara to condemn leaked documents: "Bank Negara Malaysia strongly condemns allegations that officials of the Bank leaked information to the media. Such allegations are without basis. In this regard, the Bank has lodged a police report." http://www.bnm.gov.my/index.php?ch=en_press&pg=en_...

8.1 The Barisan Nasional director of strategic communication said an individual in possession of the video made a police report in Petaling Jaya over the matter earlier Wednesday.

Abdul Rahman said the complainant claimed to have substantive evidence of malicious intent on the parties involved in executing a mission dubbed "Mission to Criminalise Datuk Seri Najib and 1MDB".

"The video confession also implicates several Opposition leaders who conspired with Claire Brown and Sarawak Report in the malicious plot.