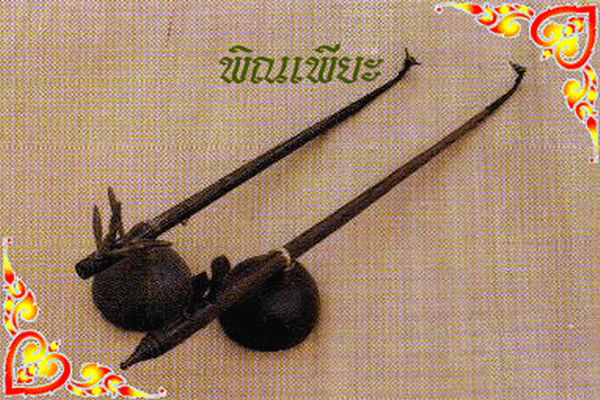 This song that you heared on time is the music instrument from 'Pin Pia' sung by KamLa Tanyothorn music artist of Lanna (Chiangmai Thailand).

While Listening to the unique, soothing music of northern Thailand, one might wonder, "Am I really in Thailand?" The rhythm, the harmony, the combination of soft string, wind and percussion instruments of the Lanna Kingdom of old continue on today in a traditional form of music that perfectly matches the gentle nature of northern Thailand.

In order to fully appreciate this music, it is important to be a bit familiar with the various instruments used to convey this very special feeling. It is also helpful to know something about the background of both the instruments and the way in which they're blended to produce such peculiarly northern resonance. 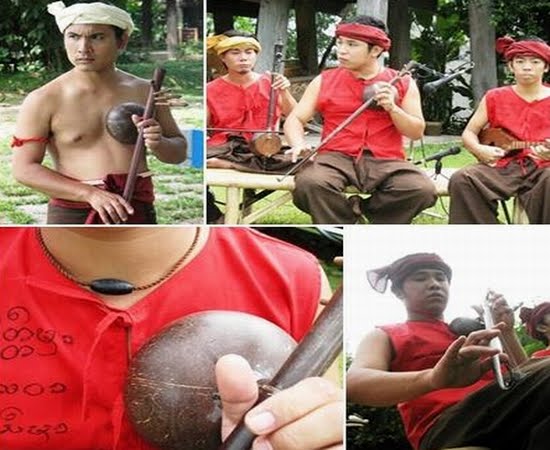 Over hundreds years ago, when the sounds of the Pin Pia played in the land of Lanna Thai kingdom, the beautiful rhythm of it was always heard through out the villages. Especially at nights, Not only did it have a very gentle voice, but also was resonant. It seemed like the rhythm of music from the heavens. There was no need for any musical instruments to play with it, nor a singer to attact the audiences.But it always made them felt imbued with happiness.

Pin Pia is a flinging music instrument. The most miraculous or amazing element is the method of the playing. The player himself must not wear his shirt and put the casket of it on his chest. This will help his muscles to control the voice of the rhythm and makes the sounds more beautifully.

That is why it made the Pin Pia became a high class musical instrument of the Lanna Thai kingdom. At the present, it is quite rare to find a good musician to play it. Except a few senior players. 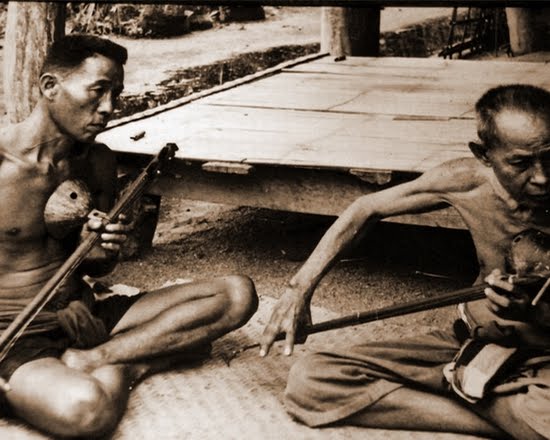 The Legend of Pin Pia :

The string instruments are the Pin Pia, the Zueng and the Zalor. The Pin Pia is said to have been introduced to Lanna from northern China. It has either two or four strings which are anchored to the instrument neck to regulate sound. The body is made of half a gourd or half a coconut shell and the open part of this is held against the player's chest allowing him to control musical tone. Music from the this instrument is called "Music from the Heart."

The Zueng is related to the Chinese Moon Lute, It is a four-stringed instrument with two large strings and two small strings for sound variation. It is a single piece of carved hardwood with a horn or bone plectrum. The player holds the instrument against his chest with his left hand, while the right hand plucks the strings. There are nine frets to control and alter tonal quality.

The Zalor is a relatively crude instrument when compared to the Zeung or Pin Pia, but it has its own unique quality. It is made of slightly more than a half a gourd, the open surface covered with a slat of wood. The zalor has two wire strings and tautness is regulated by pegs equipped with animal hair. This instrument is usually played together with the Zeung in instrumental folk songs

Note : The Pin Pia has 2-4 strings with 50 cms.wooden bar long. Its casket is made of coconut shell.