"Living a Posh life is not about being bourgeoisie, high class, or uppity, it’s about living a fulfilling and abundantly blessed life, in every area just the way God intended. But I want to do it in a classy, fashionable, contemporary and chic way."

Tatler is a British glossy magazine published by Condé Nast Publications focusing on fashion and lifestyle, as well as coverage of high society and politics. The magazine is targeted towards the British upper-middle class and members of the aristocratic upper class, and those interested in society events, and its readership is the wealthiest of all Condé Nast's publications. It was founded in 1901 by Clement Shorter.

How to speak posh properly

Anatomy of the wealth: Millionaire Pyramid

The different of $100M threshold

While $160,000 per year in investment income sounds nice, Rose argues that it’s not enough to afford the high-flying lifestyle that is associated with millionaires. Rose says, “That’s enough to rent a nice apartment (or pay the mortgage on, say, a +/-$1m house), take a nice vacation each year, and probably pay private school tuition for one or two kids. But you’re certainly not going to be flying your own Gulfstream with only $5 million.”

(What influence can Santa’s sleigh have on markets?)

“At what point can a person do pretty much anything you’d reasonably want to do?” Rose argues that the magic number is $100 million.

“But still no Gulfstream, no $35 million penthouse in midtown Manhattan, no building named after you at your alma mater, no mega-yacht docked outside your Riviera estate, no getting Justin Bieber for your daughter’s quinceanera, no 24/7 security detail like the President, no executive-producer credit on Avengers 2, no invitation to the Allen & Co. retreat, no mega-trophy-spouse. All that needs to wait until you get your first billion and put it to work.”

Rose concludes, “Once you get above the $10 billion level, all is good, and you can both help change the world.”

Geography: Where do the millionaires live

Sometimes, geography wealth has linked to the luxury market. Why? 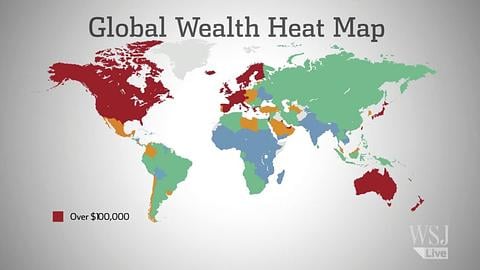 Is London a luxury resort?” asked the Harvard economist Edward Glaeser in his recent book, Triumph of the City. It may not feel like it as your nose is squished into BO Boy’s armpit on a packed Central line train but the global super-rich seem to think so. 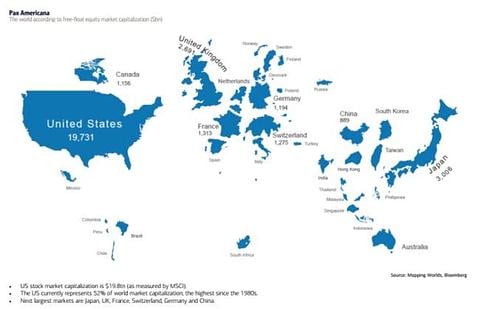 According to research from Wealth Insight, our capital boasts more multi-millionaires — that’s folk jammy enough to have more than $30 million (£19 million) floating around — than any other city in the world. Some 4,224 of them call London home, trumping Tokyo (3,525), Singapore (3,154) and New York (2,929). Though some will be Britain-born, many flock here from overseas.

How do the millionaires behave

1. He always spends less than he earns. In fact his mantra is, over the long run, you’re better off if you strive to be anonymously rich rather than deceptively poor.

2. He knows that patience is a virtue. The odds are you won’t become a millionaire overnight. If you’re like him, your wealth will be accumulated gradually by diligently saving your money over multiple decades.

3. When you go to his modest three-bed two-bath house, you’re going to be drinking Folgers instead of Starbucks. And if you need a lift, well, you’re going to get a ride in his ten-year-old economy sedan. And if you think that makes him cheap, ask him if he cares. (He doesn’t.)

5. He realized early on that money does not buy happiness. If you’re looking for nirvana, you need to focus on attaining financial freedom.

6. He never forgets that financial freedom is a state of mind that comes from being debt free. Best of all, it can be attained regardless of your income level.

7. He knows that getting a second job not only increases the size of your bank account quicker but it also keeps you busy – and being busy makes it difficult to spend what you already have.

8. He understands that money is like a toddler; it is incapable of managing itself. After all, you can’t expect your money to grow and mature as it should without some form of credible money management.

10. Although it’s possible to get rich if you spend your life making a living doing something you don’t enjoy, he wonders why you do. Life is too short.

11. He knows that failing to plan is the same as planning to fail. He also knows that the few millionaires that reached that milestone without a plan got there only because of dumb luck. It’s not enough to simply declare that you want to be financially free.

12. When it came time to set his savings goals, he wasn’t afraid to think big. Financial success demands that you have a vision that is significantly larger than you can currently deliver upon.

14. He realizes that stuff happens, that’s why you’re a fool if you don’t insure yourself against risk. Remember that the potential for bankruptcy is always just around the corner and can be triggered from multiple sources: the death of the family’s key bread winner, divorce, or disability that leads to a loss of work.

15. He understands that time is an ally of the young. He was fortunate enough to begin saving in his twenties so he could take maximum advantage of the power of compounding interest on his nest egg.

16. He knows that you can’t spend what you don’t see. You should use automatic paycheck deductions to build up your retirement and other savings accounts. As your salary increases you can painlessly increase the size of those deductions.

17. Even though he has a job that he loves, he doesn’t have to work anymore because everything he owns is paid for – and has been for years.

18. He’s not impressed that you drive an over-priced luxury car and live in a McMansion that’s two sizes too big for your family of four.

19. After six months of asking, he finally quit waiting for you to return his pruning shears. He broke down and bought himself a new pair last month. There’s no hard feelings though; he can afford it.