The US will isolate herself

The United States’ position as the sole global power. Over the next 25 years, it will adopt a new strategy to maintain power at the lowest possible cost. This strategy will resemble isolationism, in that the U.S. will not be drawn into regional military conflicts in any significant capacity. The U.S. will support its allies with supplies, training and some air power, however, it will contain regional problems in Europe, the Middle East and Asia, rather than directly and forcibly engaging. This will prove to be a prudent strategy and help the U.S. sustain its global dominance.

Europe will break; Germany will decline; Poland will emerge (*questionable?)

In Europe, the European Union as an institution will collapse or redefine itself as a more modest trade zone encompassing a smaller part of the continent. The current free trade structure is unsustainable because its members, particularly Germany, have grown overly dependent on exports. This dependency makes these economies extremely vulnerable to fluctuations in demand outside of their own borders. Germany is the most vulnerable country and will experience economic decline due to inevitable fluctuations in the export market. Consequently, by 2040, Germany will be a second-tier power in Europe. Other countries in Western Europe will be affected by its decline, leading Central Europe, and Poland in particular, to emerge as a major, active power. Poland will later develop "Poland Bloc", very much like Polish-Lithuanian Commonwealth. 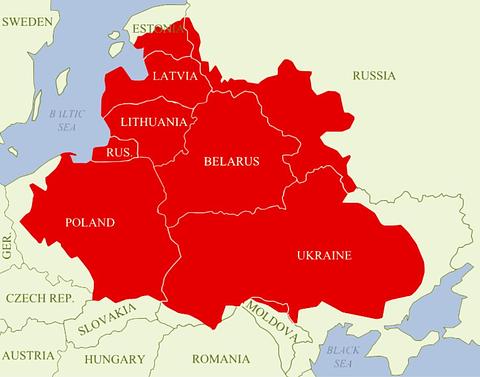 Polish–Lithuanian Commonwealth at its maximum extent, after the Truce of Deulino in 1619, superimposed on a current political map.

The "Polish Bloc", Turkey and Japan will wage war with the US, India, Britain, China and Reunified Korea, as predicted in the next 100 years.

Russia will continue to suffer from the effects of declining oil prices. The revenue from this commodity had been used to sustain internal cohesion. With this revenue now severely drained, Russia will devolve into a confederation or even fragment into secessionist parts by 2040. The future of Russian nuclear weapons will become a crucial strategic issue as this devolution takes place.

China will repeat Thailand's pattern after financial crisis, Japan will reassert herself

The regime will attempt to survive the economy’s downward spiral by tightening its grip on power and sliding back into dictatorship. However, the regional divergences in China are too widespread and not easily suppressed by dictatorship. Therefore, by 2040, China will see a return to regionalism, accompanied by turmoil. As China weakens, a power vacuum will emerge in East Asia, which will be filled by Japan. By 2040, Japan, with its enormous economy and substantial military capabilities, will become the leading East Asian power.

Turkey will assert herself to defend the rising ISIS

Given Islamic State’s territorial aspirations, Turkey will have to engage militarily to defend its borders. As Turkey asserts its military and economic strength, these developments will effectively bring a return of the Ottoman Empire, thrusting Turkey back into the position as the dominant regional power by 2040.

• Over the next 25 years, the United States will remain the world’s sole global power.

• The U.S. will adopt a new strategy of maintaining power at the lowest possible cost, eschewing direct military intervention for containing regional problems and supporting allies.

• The European Union cannot maintain its free trade dimension and, since that dimension is at the heart of the EU, the union itself, including the euro, will at the very least contract geographically and will more likely disappear.

• The EU will redefine itself as a more modest trade zone encompassing a smaller part of the continent.

• Germany is the most vulnerable country to the coming EU collapse. The country will experience economic decline due to inevitable fluctuations in the export market, on which it is heavily dependent. By 2040, Germany will be a second-tier power in Europe.

• The rest of northwestern Europe, excluding Britain, will also experience a decline, linked to Germany’s slump. Power and economic dynamism will, therefore, shift away from Western Europe and to Central Europe.

• Poland will emerge as a major, active power in Europe.

• Well before 2040, Russia will at best operate as if it is a confederation, with regions linked but not under Moscow’s control. Alternatively, this may be combined with genuine secession of various regions, particularly in the High Caucasus, the Pacific Maritime region and Karelia. Whatever the details, the likelihood of Russia remaining intact is low.

• China’s economy has been showing signs of slowing growth and, by 2040, the country will see a return to regionalism, accompanied by turmoil.

• As China weakens, a power vacuum will emerge in East Asia, which will be filled by Japan. By 2040, Japan, with its enormous economy and substantial military capabilities, will become the leading East Asian power.

• Islamic State will not be sufficiently contained in the coming decades.

• Islamic State’s strength will be a challenge when its reach goes beyond the frontiers of the major powers. All of its opponents will react at that time, but only two are capable of extended offensive activity: Iran and Turkey.

• By 2040, we expect Turkey to be forced into the position of challenging the Islamic State. This situation will be, in effect, the return of the Ottoman Empire in Arab territory.

• In an operation against IS, we expect Turkey to be successful, but its success would draw Turkey into an occupation that it could not easily withdraw from.

• The U.S. strategy with Russia from now until 2040 is to confront Moscow with a line of resistance (which includes the Baltic states, Poland, Slovakia, Hungary, Romania and Bulgaria) without itself becoming overly exposed. 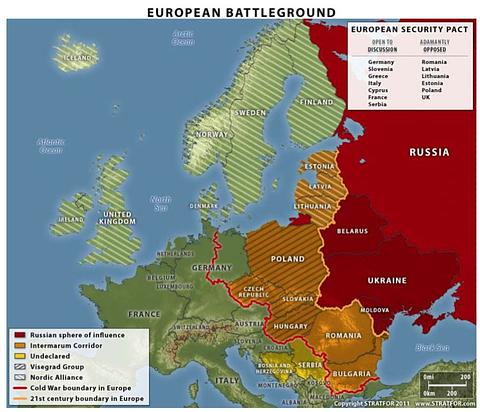 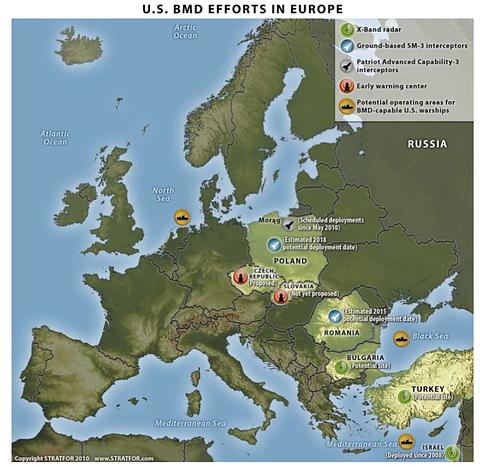 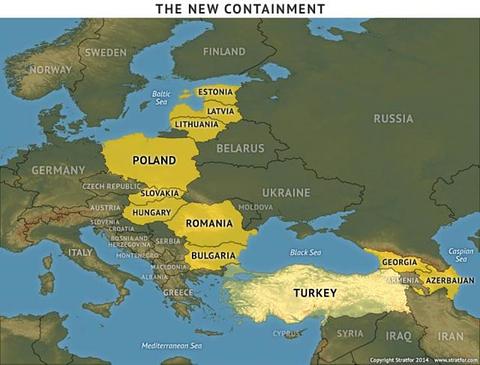 • By the mid-2020s, both Germany and Russia will grow weaker and, while Poland may not surge by itself, its relative weight will increase dramatically.

• Russian military might will increase in the early phases of its terminal crisis causing tensions with Poland, but will fade as its core economic and political problems become less manageable.

• The future of Russian nuclear weapons will become a crucial strategic issue as the country’s devolution takes place.

• The contraction in oil revenue will have long-term consequences in Russia. There will neither be sufficient resources for Moscow to sustain the region, nor an effective security apparatus to compel unity.

• The emergence of new economic powers, which will certainly happen in the next 25 years, is likely to be matched with new sources of energy, including hydrocarbons and others.

• As mentioned previously, Turkey will be forced to assert its military and economic strength against IS and other challengers, thrusting Turkey into the position of being the dominant regional power by 2040. This power will not be limited to the south, but will extend to the northwest into the Balkans and north into the Black Sea Basin.

• Some areas that are currently not seen as globally significant will emerge as economic powers, if not yet strategic challenges to the United States. They will be the high-growth, low-wage countries and, in many cases, simultaneously advanced industrial countries.

• As the Western Hemisphere grows increasingly stable compared to the Eastern Hemisphere, Latin America will be in a strikingly important position. However, it is still in an early stage of development that will likely last until 2040 for most countries.

• As Eurasia’s fragmentation continues, the logical outcome is the rotation of powers. At or near the periphery of a severely weakened Eurasia, we expect to see three regional powers emerge, as described already above: Japan will return to being the major East Asian power; Turkey will be the dominant power in the Middle East; and Poland, leading a coalition from the Baltics to the Black Sea, will become a major player in Europe.

• From Europe to China, there are extraordinarily capable and creative populations that will continue to create wealth for themselves and others. But all of these countries – with the exception of India, which is already divided in many ways – are undergoing a process of fragmentation that will reduce their weight in the international system.